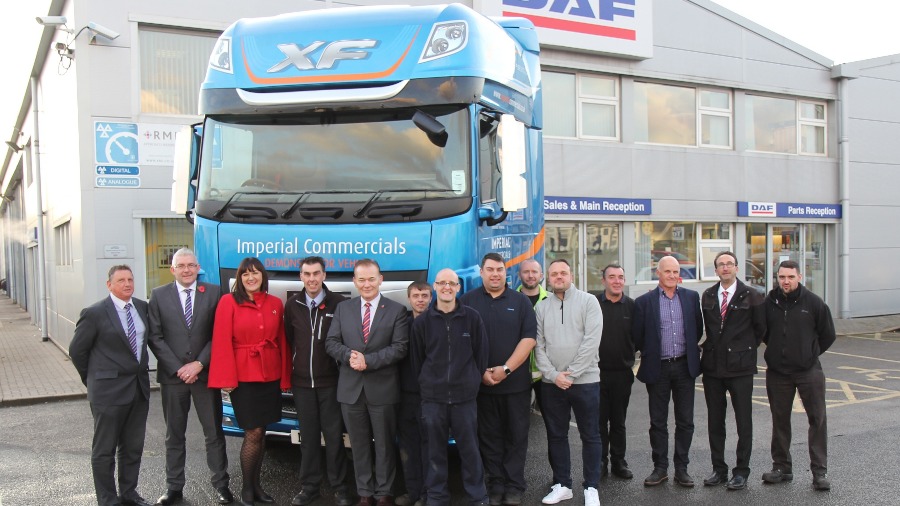 MP for Stoke-on-Trent North, Ruth Smeeth, has described Motus Commercials’ Gary Webb as ‘inspiring’ after the 50-year-old Parts Sales Manager chalked-up 30-years’ service in October with the Cobridge-based commercial vehicle dealer. Mrs Smeeth, well known for championing employment issues in the city and the wider community, made time specifically to visit Imperial Commercials’ Leek New Road location last week in order to congratulate Gary personally on his commitment and enthusiasm. “I believe Gary’s steadfast commitment to his work is inspiring, and serves as a gold standard to a younger generation,” she said. “It is Gary’s dedication over three decades that has impressed not just his employer, but the many customers with whom he has formed a lasting partnership. Imperial Commercials should take credit too, for providing an engaging career pathway for Gary and all its staff.”

We use cookies to support your experience on our site. By continuing to use our site you agree to our use of cookies. Find out more