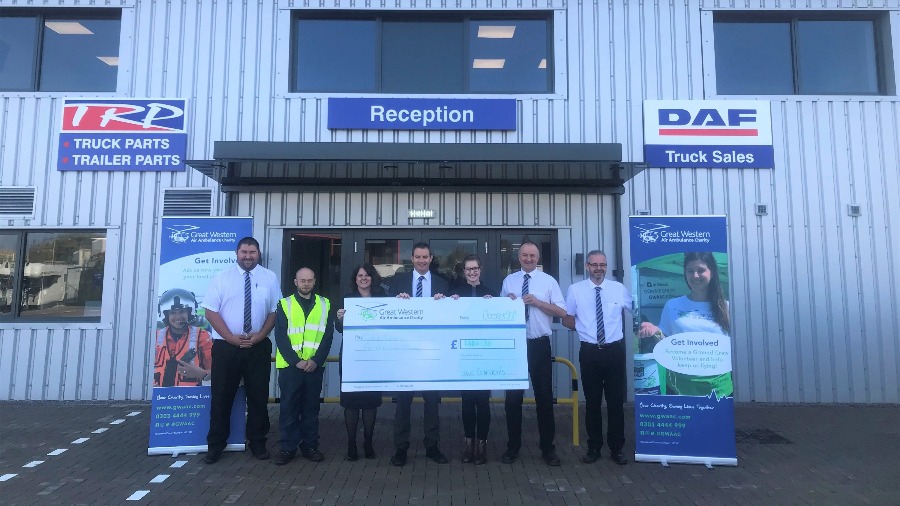 The Great Western Air Ambulance Charity have received a cheque for £1200 from Motus Commercials Gloucester, raised through a cycling fundraising event earlier in the year.

Last updated: 16th November 2019 - 3:34pm
"We were so thrilled that Motus Commercials chose to support GWAAC with their cycling event! As the local air ambulance for Gloucestershire, it means a lot to us when local businesses get behind us. A big well done and thank you to the cyclists who took on the challenge, and to those who supported them!" Holly Adlem, Corporate Partnerships Coordinator at GWAAC
This website uses cookies